Hay prices were up across the board during February, according to USDA’s Agricultural Prices report.

The average price of U.S. alfalfa hay in February climbed for the third consecutive month, edging up $4 per ton from January. The $175 per ton February price was $7 per ton above one year ago. Supreme and Premium alfalfa hay prices improved by $5 per ton to $211. 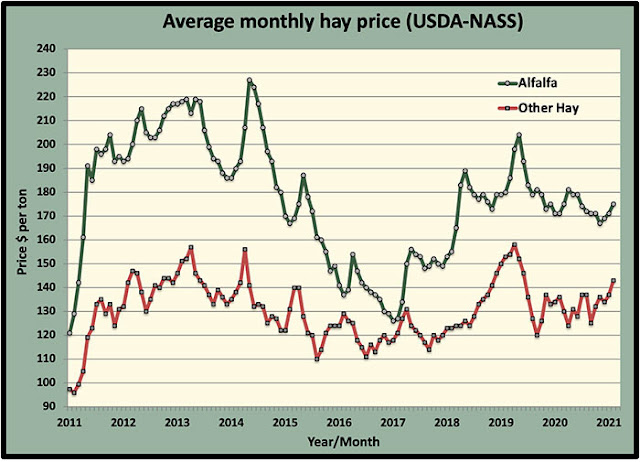 Five states registered double-digit, month-over-month alfalfa price gains in February. Leading this group was Oklahoma, posting a $23 per ton improvement. It was followed by Wisconsin (up $18), New York (up $12), Iowa (up $11), and Pennsylvania (up $10).

Only two states (Nebraska and Oregon) posted an alfalfa hay price lower than the previous month, and both were marginal moves.

The USDA also tracks the prices of Supreme and Premium quality alfalfa in the major dairy states and determines an average price from the five top milk-producing states. This data is used to determine feed prices in the Dairy Margin Coverage (DMC) program. 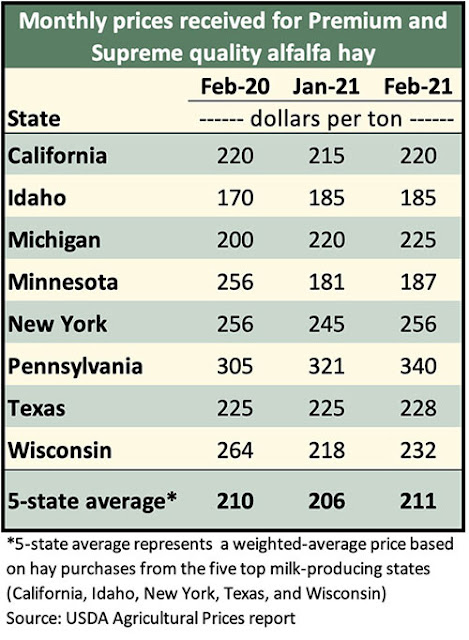 The February price of other hay (mostly grass) averaged $143 per ton, which was $6 per ton higher than the previous month and higher than any month during 2020.

States with the lowest reported other hay average prices were North Dakota ($70 per ton), South Dakota ($82), and Minnesota ($84). 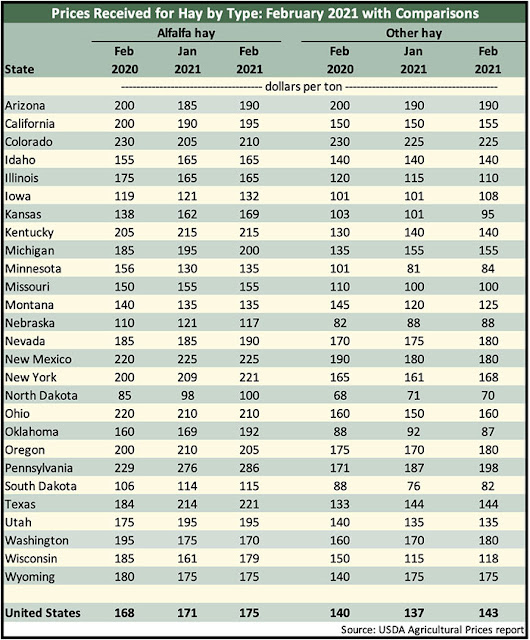 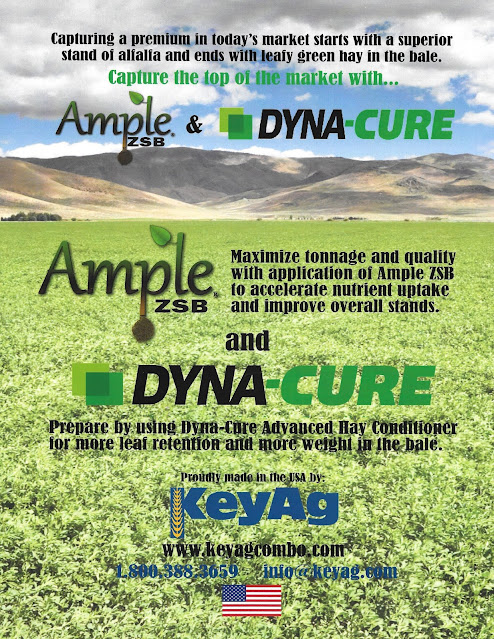